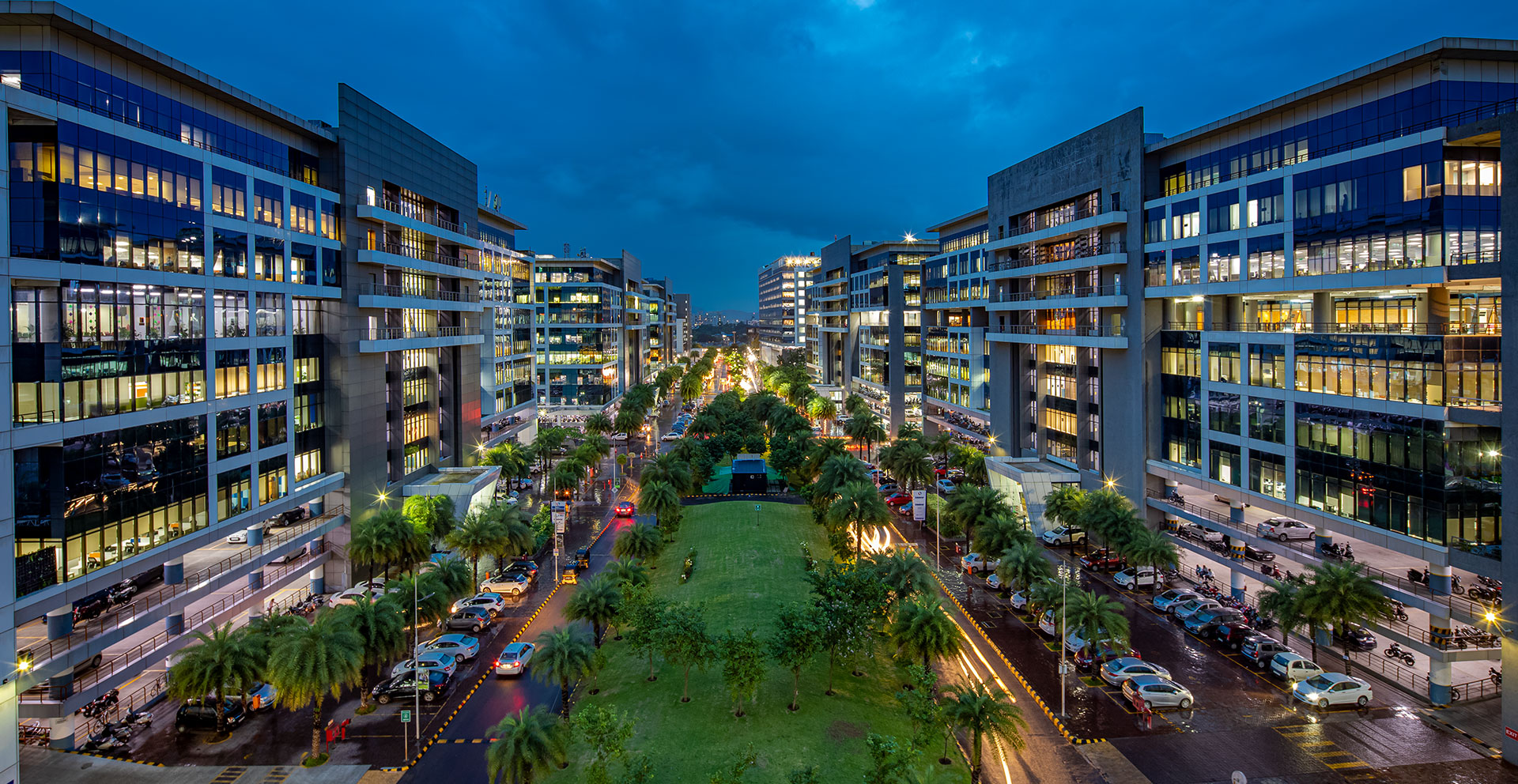 K Raheja Corp is a success story spanning four decades and stands today as one of India’s leading developers.

From exquisite residences to adaptive workplaces, skillfully created hotels and convention centers to outstanding retail destinations, the K Raheja Corp has made a significant impact on the evolution of modern-day living. K Raheja Corp delivers aspirational spaces with distinct characteristics and attributes, making each of its offerings unique. The Company has also been ahead of the curve in the green development sector. Pioneering the industries’ responsibility towards contributing to a green society, it signed a memorandum of understanding with the CII-Green Building Council to construct green buildings, back in 2007. Apart from its eco-friendly constructions, K Raheja Corp is committed to developing large, green expanses across the country. With its buildings certified in the categories of Gold and Platinum, it has been recognized with awards across prestigious forums.

Backed by the belief that ‘people are a company’s greatest asset and competitive advantage’, K Raheja Corp leads the way with exemplary HR policies, judiciously collated from the best across industries, to ensure employee engagement and fulfilment.

With the upsurge in the Indian real estate sector, K Raheja Corp is one of the main proponents that will level the playing field for India with other developed economies.

To be a trusted leader in the realty industry, as a creator of enduring experiences for customers, partners and employees alike. To create inspiring landmarks that push the limits of real estate and uncover new horizons of commercial and residential realty. 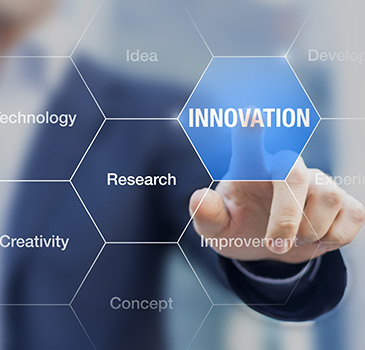 Ideas before Results. We believe in embracing change to stimulate creativity and ingenuity that is central to bringing new products and services for our clients. 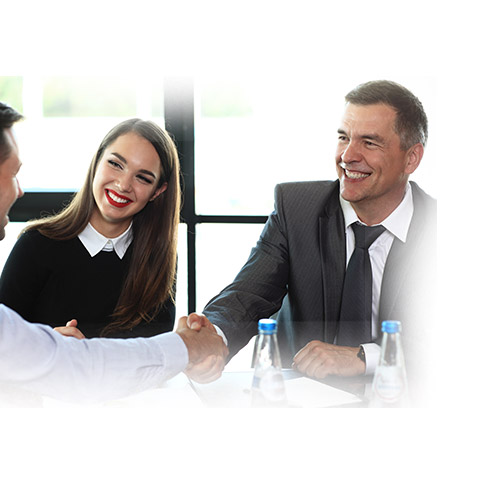 Strive to add value and inspire our customers because we recognize that they come to us by choice. 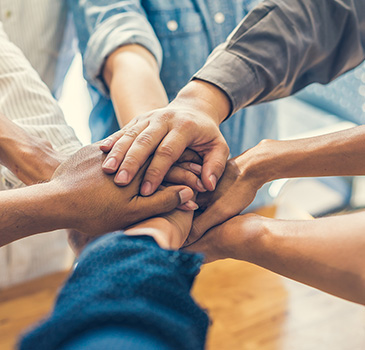 We uphold the highest standards of integrity in all of our actions. 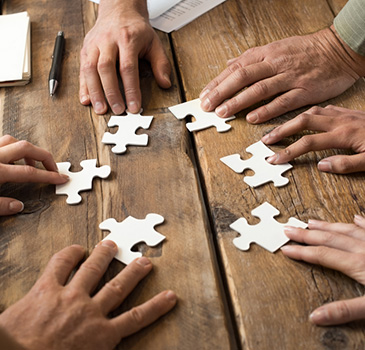 Work as one “We harness differences and interdependencies to unleash the power of one.” 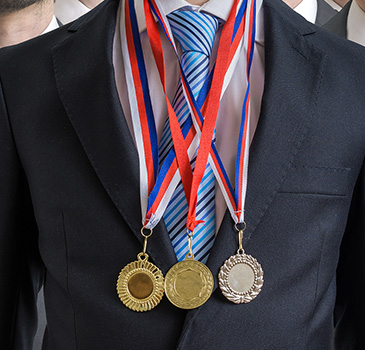 We focus on results, act with ambition to be operationally competitive. 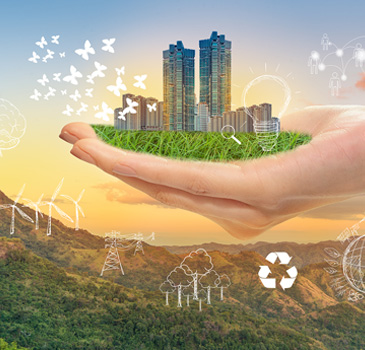 We are willing to take responsibility for our actions and their impact. 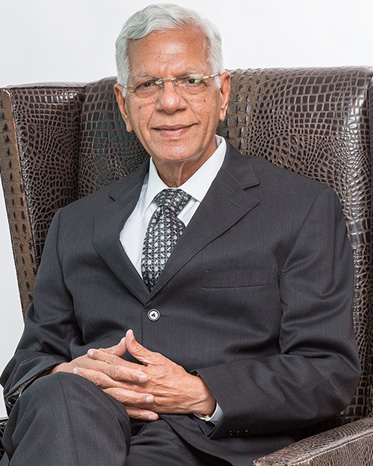 Mr. Chandru L Raheja is a well acknowledged authority and a doyen of the real estate industry. Over the last 4 decades, he has played an instrumental role in helping the industry evolve to its present level of sophistication.

It was his farsightedness and guidance that helped K Raheja Corp’s transition from being a real estate developer, to a well-diversified Corporate with successful businesses across the industries of retail with Shoppers Stop and Crossword; retail development with Inorbit Mall; hospitality with eminent hotels like the Renaissance Mumbai Convention Centre, Westin – Hyderabad, Whitefield Marriott – Bengaluru, Four Points by Sheraton – Navi Mumbai, JW Marriott – Juhu and the latest addition – JW Marriott at Sahar-Mumbai. The core business of real estate, in addition to offering residential landmarks with luxury offerings like Vivarea in Mumbai, also houses commercial business parks named Mindspace and Commerzone, and with over 4 lakh employees operating at these commercial spaces, both of them are now the foremost choices for office spaces of large MNCs entering the country.

Mr. Raheja has also steered the Company’s expansion into newer geographies across India viz. Pune, Ahmedabad, Vadodara, Bengaluru, Hyderabad, Coimbatore, Chennai and Goa. Apart from the various awards in the national and international arena, K Raheja Corp is also widely recognised for its contributions in the green building space and its exemplary HR practices, both of which were encouraged and fostered by Mr. Raheja himself. The veteran has been bestowed with the very prestigious Hospitality industry award titled the ‘HIFI Hall of Fame Award’ in 2013; the extremely befitting ‘Lifetime Achievement Award by NDTV Property’ at their 2016 Annual Property Awards ceremony; and the ‘10th CNBC Awaaz Real Estate Awards 2016’ – in recognition for the immeasurable contributions made to the real estate industry.

His leadership style has led to the development of a strong people-first culture in the company and also places a high value on giving back to environment. A philanthropist, Mr. Raheja has actively contributed towards society as a conscious corporate citizen. He is a trustee of the Diabetic Association of India, which specialises in the cure and care of diabetic patients at the S. L. Raheja Hospital in Mumbai; He is also the President of Sadhana Education society which runs L. S. Raheja College of Arts & Commerce located at Juhu, and is also associated with the L. S. Raheja School of Arts and Architecture at Bandra, Mumbai. Mr. Raheja is also an executive member of MDRI, a registered NGO, working actively in the sourcing of bone marrow donors.

With far-sightedness and some of the best in class practices, Mr. C.L. Raheja has set the foundation for a rock solid future for the Group. 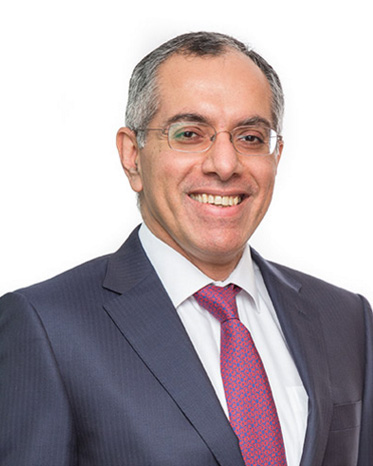 Mr. Ravi C. Raheja is the group president of KRC group. He holds a bachelor’s degree in commerce from the University of Mumbai and a master’s degree in business administration from the London Business School. With over 23 years of work experience across real estate, retail and hospitality industry, Ravi plays a key role in guiding the finance, corporate strategy and planning teams across divisions of the KRC group.

Mr. Ravi C. Raheja plays an active role in the operations of the real estate business, which include residential townships, business and IT Parks and mixed-use developments across the country. Under his stewardship the KRC group has built a strong portfolio of rent yielding assets.

Ravi is an active contributor to the industry through premier forums such as Indian Green Building Council, where he serves as the Chairman (Mumbai chapter) and is also a member of the World Economic Forum. He holds multiple directorial positions for multiple brands and corporate entities under his belt. 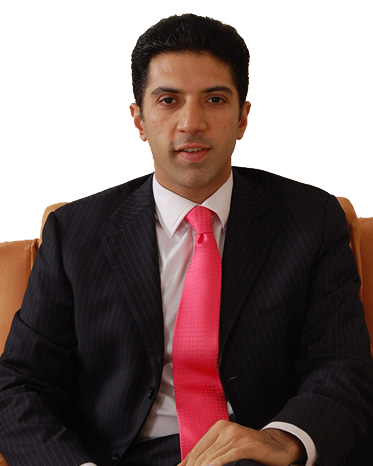 Mr. Neel C. Raheja is the group president of KRC group. He holds a bachelor’s degree in law and a master’s degree in commerce from the University of Mumbai. He has also completed the Owner/President Management Program from Harvard Business School.

Neel has been instrumental in the diversification of the KRC group’s business from real estate development to retail and hospitality for the last two decades. He has also played a key role in the organisation’s presence in retail brands namely Shoppers Stop, Inorbit Mall and Crossword.

Mr. Neel C. Raheja is the co-chairman of the CII-National Committee on Real Estate and Housing, the chairman of the India chapter of APREA and president of the NAREDCO (west). He has over 21 years of experience across the real estate, hospitality and retail industry. 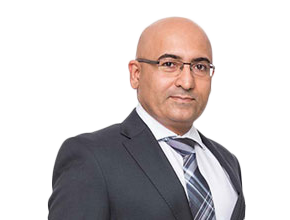 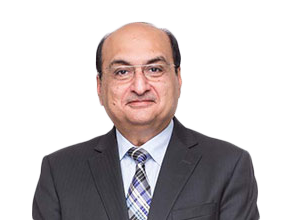 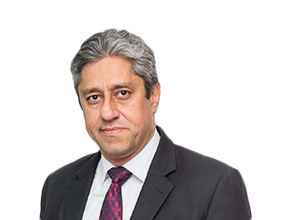 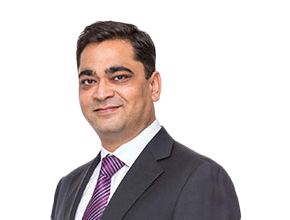 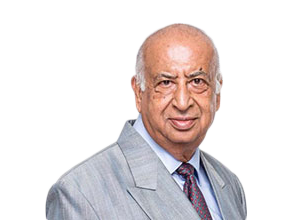 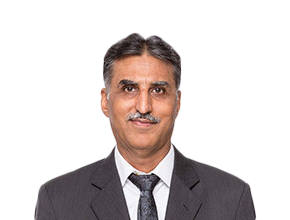 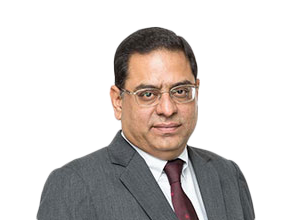 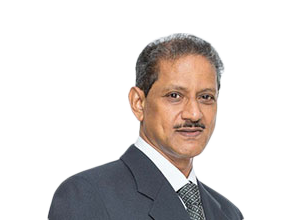 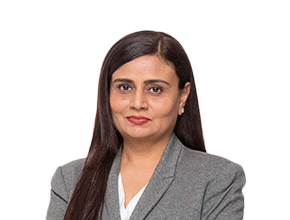 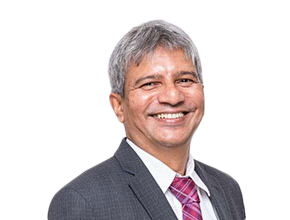 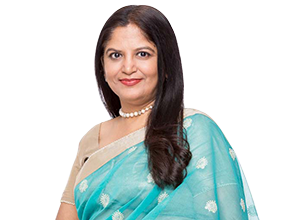 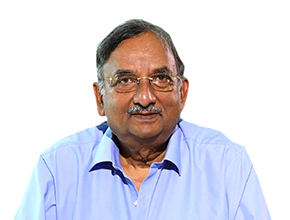 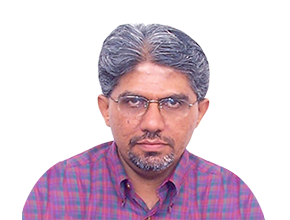 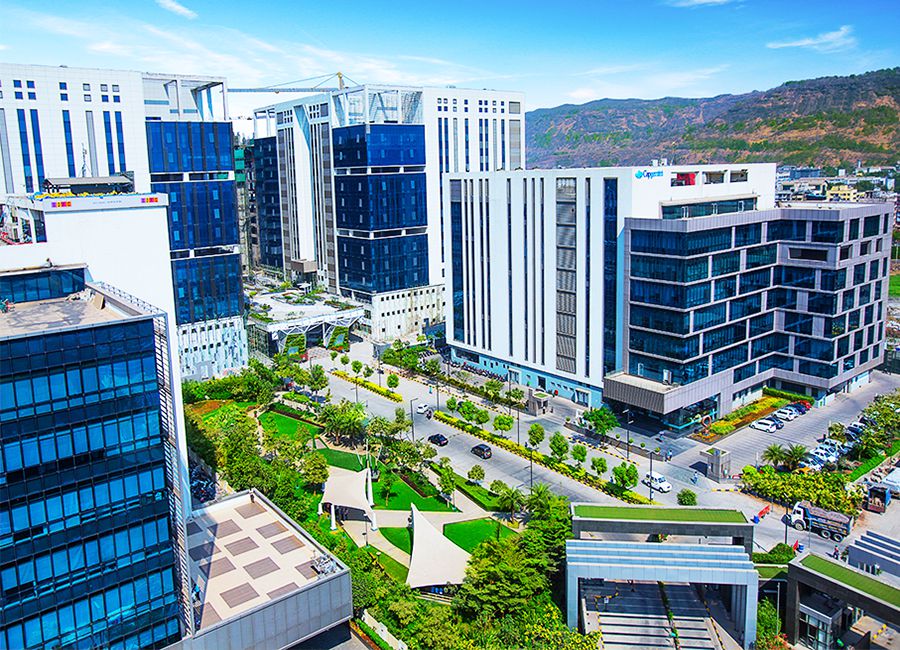 Ensure all approvals, including zoning, and clean land titles.

Timely completion of good quality projects is the key focus. Design standards are in place for each project type. 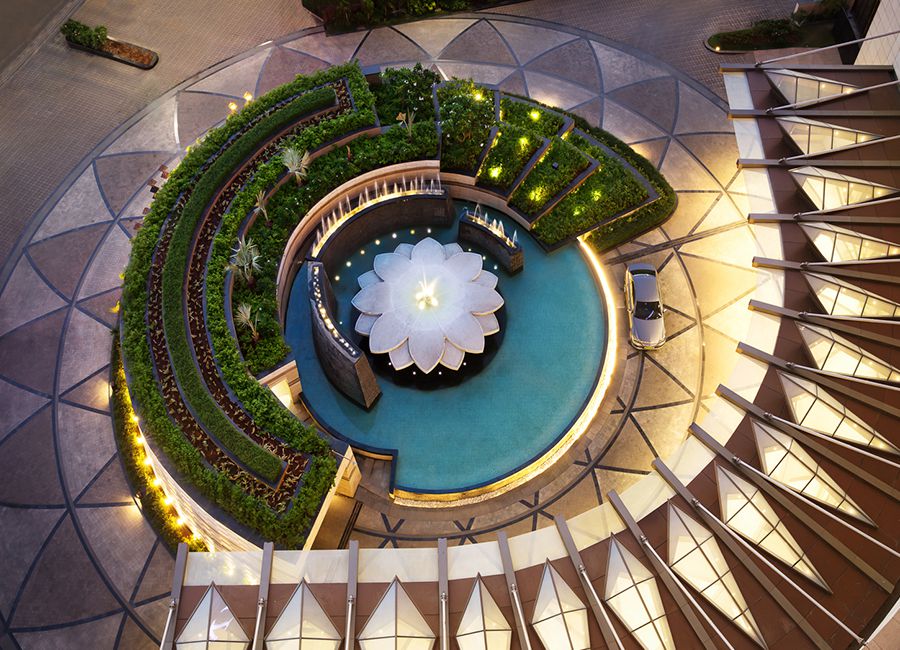